“. . . it paints a picture of Columbus that few can even imagine.” – Cary Smith, C Magazine

In the June 2011 issue of C magazine, Cary Smith wrote the following under the headline “Dynamic Duo”:  “Talking to Meyers and his daughter Elise, you can get  a sense of how much history means to them, specifically Columbus history. Both are proud Columbus residents who read and discover as much as they can locally and then compile and present the stories for anyone to read – minus the legwork.”

Sacramento-based true crime and music writer David A. Kulcyzk had these nice words to say about our book (04/24/11):

“David Meyers and his daughter Elise Meyers Walker have written one of the most entertaining books about local crime that I’ve ever read. “Historic Columbus Crimes – Mama’s in the Furnace, the Thing and More” is sixteen gut wrenching chapters of horrible crimes that have occurred in the capital of the great state of Ohio, Columbus. From the supposed suicide of Addie Sheatsley, who allegedly killed herself by climbing in the a lit furnace to the onstage murder of rock guitarist Darrell “Dimebag” Abbott, the authors picked the very creepiest murders that they could dig up. My only complaint is that I wanted to read more.” 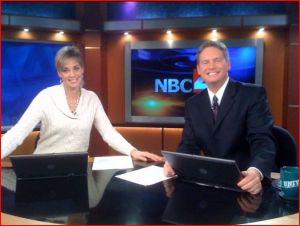 Elise and I appeared on WMCH/NBC-4,  Sunday, March 27, 2011, with Marshall McPeek. It was interesting being back in the same studio where I had participated in a Junior Achievement television company during my high school days.The absence of camera operators, floor directors, etc., was a little strange.

Although the  interview was brief, Marshall had clearly read the book. “Speaking of frightening, I was reading this one yesterday and honestly [it was] really creepy, ‘Mama’s In the Furnace.'” He also said the book was “really interesting” and “just bizarre.” They also showed some video clips of the more recent crimes.

“A lot of things come to mind when describing Columbus.”

So wrote April Bohnert in the February 2, 2011, issued of U Weekly.“Yet of all the descriptions one may use, the home to historic serial killers, grave robbers and axe murderers is usually not in the mix.”

In her article on Historic Columbus Crimes, entitled “Clintonville authors shed light on Columbus’ dark past,” Bohnert focused on axe murderer Forest Bigelow, a Norwich Ave. resident, who chopped up his wife, daughter, mother-in-law, and sister-in-law before shooting himself. Ironically, only the mother-in-law, who was a particular target of his anger, survived.

What puzzles my daughter and me the most is why have no ghost stories sprung up around these killings? Could it be because no one remembers them? After all, such violent deaths would seem to be good fodder for ghostly-goings-on. Could it be that the neighborhood is too transinet, consisting mainly of rental properties?

We are often asked to confirm the historical facts stories underlying certain local ghost stories and would be happy to do so if we could. But most of the time there is nothing there, at least nothing we can discover from the few clues available. Names and dates tend to be so vague as to be worthless.

Last year, we attended a book signing at the Ohio State Reformatory and met a man who was a long-time prison guard. He said he never once heard anyone talk about ghosts during his entire career at the prison. Now, however, that’s all people want to talk to him about.

“For the modern father-daughter writing team of David Meyers and Elise Meyers Walker, first it was punishment, now it’s crime.”

The was Kevin Parks of This Week newspapers’ lead to the story he did on Historic Columbus Crimes. He linked it to the one he had written about us previously when Central Ohio’s Historic Prisons was released.

But we particularly liked the way Kevin introduced one of the stories from the book:

“The Bexley minister summoned his children to an upstairs room and broke the news thusly:

Well, that explained the smell.”

After three days of media attention, our book was #2 in “Ohio Travel” (go figure) and #4 in “Ohio History” on Amazon.com.  I guess that shows that someone is still paying attention.

. . . a costumed monster, street toughs, a professorial killer, gangs, and madmen populate the new book, ‘Historic Columbus Crimes: Mama’s in the Furnace, the Thing, and More,’ by the father-daughter team of David Meyers and Elise Meyers Walker.”

So began Rick Palsgrove’s article in The Columbus Messenger. Rick had emailed me a series of questions about the book.  “The book includes 16 true crime stories culled from Columbus’ history that illustrate the depths of tragedy and pain that people can inflict on one another. The stories also highlight the heroic efforts and sacrifice some police officers exerted in order to catch the culprits.” I was particularly pleased that he added that last line because that is important to us.

On Tuesday, December 21, 2010, Elise and I appeared on WTTE Fox 28 “Good Day Columbus!” to discuss Historic Columbus Crimes. It was a good interview. They even ran some news footage behind it. Co-host Andy Dominniani was very engaging. Afterwards, sales of the book on Amazon.com took a noticeable jump. Which continued as articles started appearing in the local press.

Here’s the link to the video: http://www.myfox28columbus.com/newsroom/gdc/videos/vid_403.shtml 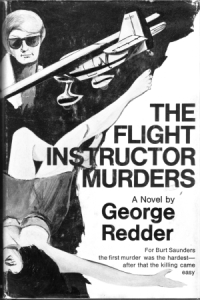 Jack Drummond had a dream. He wanted to be a successful writer. He had already written two mystery novels, publishing the first, The Flight Instructor Murders, through a vanity press. However, it failed to make him either rich or famous. So Jack decided to turn to true crime – a crime he would first commit and then write about.

As they say, it was so crazy it might work, at least in  Drummond’s native Queens, New York, but it quickly went to pieces on the mean streets of – Clintonville. In Historic Columbus Crimes, we tell you the story behind the story of Jack Drummond aka George Redder. 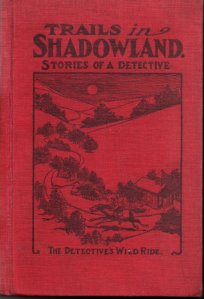 In 1910, Alonzo B. Shaw wrote Trails in Shadowland, chronicling the adventures of Thomas E. Foster, “The Buckeye Detective.” Foster was a private detective who also worked for the Columbus Police Department at one stage of his career. Among the cases discussed are the murders of Fannie Hagelgans, a spinster living outside Columbus in Morgan Station, and Charles Lane, an Adams Express messenger. Shaw’s accounts of these crimes provide an interesting counterpoint to the newspaper stories published at the time. You will find these two murders covered in Historic Columbus Crimes in chapters entitled “In a Lonely Place” and “Death Rides the Rails.”

The Bloodiest Day in FBI History 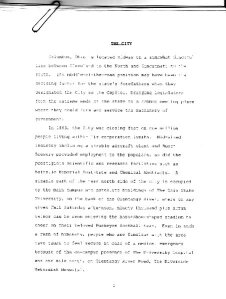 While researching Historic Columbus Crimes, I was contacted by Detective David Morris (retired). He had learned through his wife, Amy, also a former homicide detective, that I was interested in the murders of Patty Matix and Joyce McFadden. The two  technicians had been brutally slain in a research lab at Riverside Methodist Hospital.

While the case was, officially, still open, Detective Morris thinks he knows who did it and wanted to share his story of the investigation with me. He even loaned me his own 33-page synopsis of the events (shown at left). This eventually led me to the bloodiest day in FBI history.